It seems I just took part in my first ever game jam and, to my surprise, I made something actually playable. 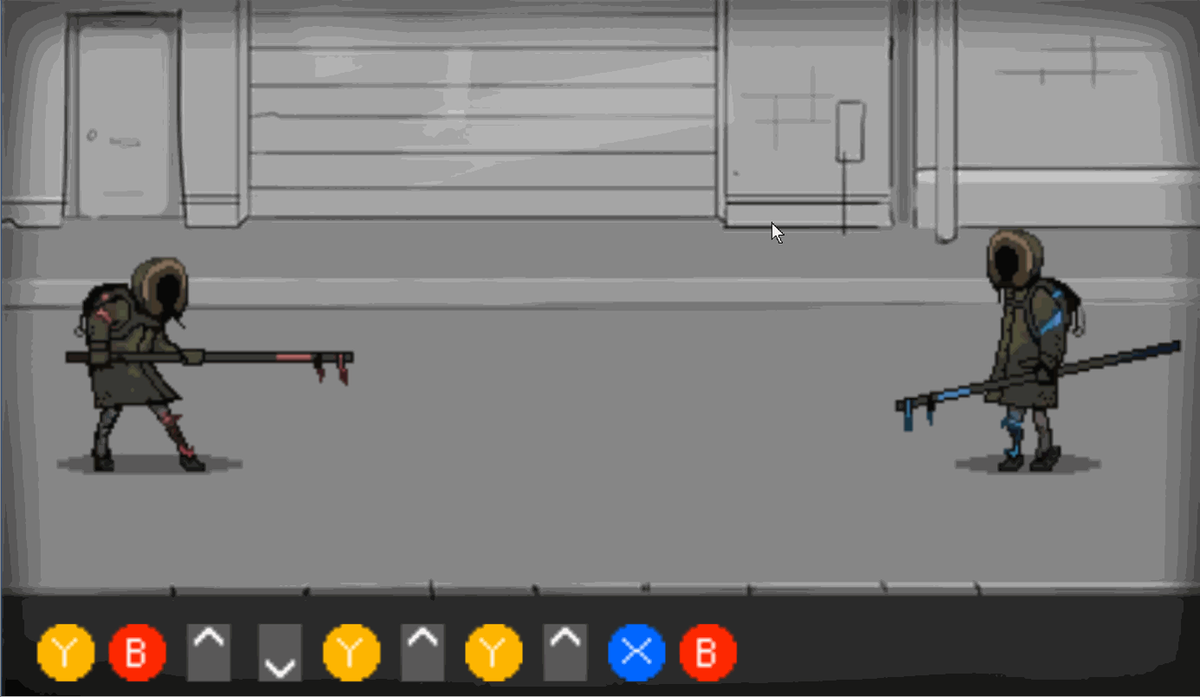 Thanks in huge part to the artistic and audio wizardry of John Roberts and Nick Dymond, the screenie above was actually only the halfway point and totally fails to capture the madness of what was, in the end, a "who-can-do-random-combos-fastest" game.

We started off with loftier ambitions that included cats, but for once common sense prevailed over scope-creep and we managed to polish the core idea to something that has kept a few people playing for the last couple of days.

Being the *ahem* professional that I am, I pushed the game code and assets thorugh Git, and you can check out the game itself, all of the code and assets, and the occasionally spurious commit history in the repo here. It's a game written in Unity3d (v5.3 for those interested); it's local 2-player only, and requires two XBox controllers to play.

(If someone really wants to patch it for cross-platform or controller capability then please be my guest! ;-))

All in all, this was a fantastic weekend, and I look forward to my second jam with some anticipation!